Everyone knows that water is vital for life. Space probes look for evidence of water on other planets and moons as a sign that these may support life. What are the physical properties of water that make it so amazing?

Liquid water
Water has a large temperature range (100 degrees) for its liquid state. Other liquids that may be in the solar system do not have such a range. Ammonia is common, but its liquid range is 44.4 degrees (-77.7 to -33.3 °C). Methane is liquid for only 20 degrees (-182.5 to -161.5 °C).
Liquids are important for life because chemicals dissolved in a liquid can move freely while relatively close to each other. This allows the chemical reactions needed for life to occur inside our cells.

A powerful solvent
Water is the main ingredient in many cleaning products because it is a powerful solvent. The uneven sharing of electrons between the oxygen and hydrogen make water a polar molecule. The slight charges on different sides of the water molecule allow it to break apart solids and surround each constituent molecule. This is how a solid dissolves.
The molecules of life are dissolved in cells. DNA, RNA, proteins and carbohydrates react with each other in an aqueous solution. Gases and nutrients dissolved in our blood are transported through our body. Water carries micronutrients and sugars through the transport systems in plants. 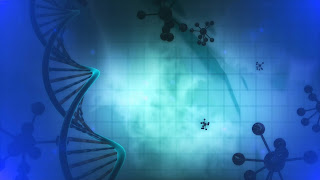 The chemicals of life are dissolved and react with each other inside our cells.
Cold water sinks, but ice floats
The solid form of a substance generally has a higher density than the liquid. This means that solids sink. You can see this when you melt butter – the solid butter remains at the bottom of the pan. Water is different because the solid form (ice) is less dense than liquid. Lower density is why ice cubes float in a glass of water.
Floating ice is very important for life on Earth. When bodies of water freeze on top, the liquid below can still support life and is insulated from temperature changes in the air. Water is most dense at 4°C. Cold water sinks due to gravity, causing ocean currents which move water around the planet and bring nutrients up from the depths of the oceans. This effect is enhanced by dissolved salts. The global movement of water is called thermohaline circulation. 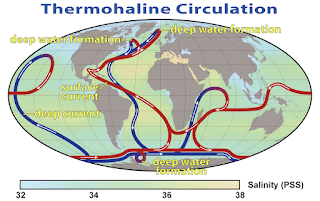 Cold, salty water is more dense (blue) and flows in deep currents that rise to the surface in areas of upwelling. The thermohaline circulation distributes heat around the planet. (R Simmon, NASA 2008, public domain)
Specific heat capacity
Specific heat capacity is a measurement of the amount of energy needed to heat up a substance. Water has a high specific heat. It takes much more energy to raise the temperature of a gram of water than it does to raise the temperature of a gram of metal or sand. This means that the Sun’s energy changes the temperature of the oceans very gradually. Thus, water provides a stable environment for life.
Because of its high specific heat, water affects climate. The stability of ocean temperatures results in much lower temperature variation in coastal areas, compared with inland areas. When the trade winds change, the El Niño Southern Oscillation changes. This greatly affects the climate in Australia and South America during its extreme forms. 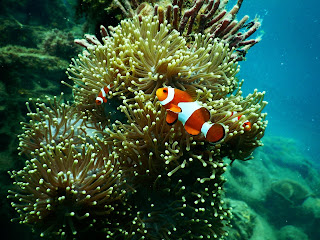