Mining for the Future

This Earth Science Week feature looks at minerals in our technology and the technology for extracting minerals. Both the minerals we use and the ways we obtain minerals are changing rapidly with new technologies.

Minerals in your smartphone

Smartphones are powerful, compact computers. This technology requires a much greater variety of materials than the old-fashioned telephone. More than 40 mined metals and rare earth elements are used to produce a smartphone.

Phones contain many familiar metals such as aluminium, lead, tin, copper, silver and gold. Some of the less familiar metals in your phone include tungsten, gallium, zirconium and indium. The engineering of thin, light and strong materials has led to a range of new materials that make our technologies smaller and more powerful.

Rare earth elements are named by their location on the periodic table in the lanthanide series. They are used in new technologies such as fibre-optic cables, superconductors, batteries, lasers and magnets. Mount Weld in Western Australia is one of the world’s richest deposits, but economic deposits are found throughout the country. 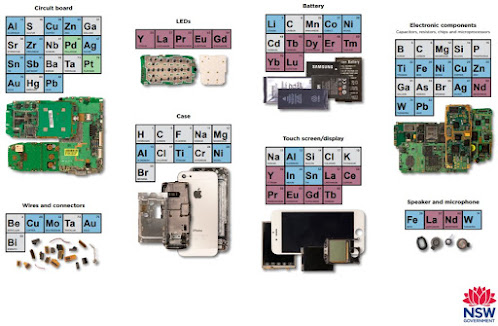 Your mobile phone contains more than 25 different metals. Those shown in colour are from minerals found in New South Wales. (courtesy of the Geological Survey of NSW; see The periodic table of mobile phones for more information)

Mining for the future

As the world works toward a climate-friendly future, we need a different mix of mined materials to make products like solar panels, wind turbines and electric cars. The World Bank has summarised the minerals we need for climate action. The most in demand minerals will be lithium (965% current production) and cobalt (585% current production). At the same time, the importance of aluminium and copper will decrease, with less than 10% of current production needed by 2050. 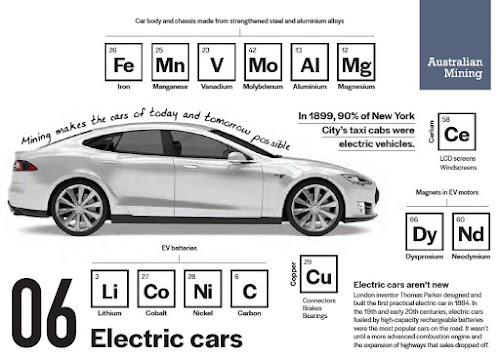 Our climate-friendly future requires a different mix of minerals than were used in the past. Lithium for batteries and rare earth minerals for magnets are increasing in importance. (courtesy of the Minerals Council of Australia; see 30 things for more information)

The future of mining

Mining accounts for up to 11% of global energy use and reducing this contribution is vital. Australian mining companies are working toward sustainability with projects such as the solar plant at the De Grussa mine in WA and Newmont’s tree planting carbon offset project. New ways to mine are also being developed.

Have you even thought of your home as a potential gold mine? There is more gold (by mass) in electronic devices than in ore that is mined for production. “Urban mining” (recycling) is a viable option for the future. Japan used mobile phones and waste electronics to obtain the metal to make 5,000 gold, silver and bronze medals for the upcoming Tokyo Olympics. Apple’s recycling program not only keeps waste out of landfill, but also makes a high profit from recycled metals. In 2015, the company collected more than 40,000 metric tons of e-waste, collecting US$43 million of gold and millions of dollars of other metals. Rare earth elements can also be extracted from electronic waste. 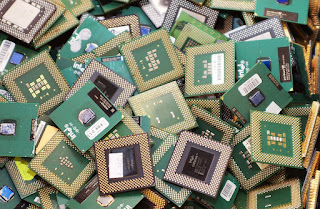 Mining waste is also a possible source of new minerals. As more efficient mineral extraction processes are developed, it is becoming economically feasible to re-process mining waste to recover minerals that were not initially extracted or those remaining after the initial mining process. Lepidico has developed a process to extract lithium from its mining waste. Metals X has plans to reprocess tailings from the Renison tin mine to extract tin and copper. Reprocessing waste minimises environmental disturbance and maximises the value of mining.

An exciting technology for the future is using plants to extract minerals from tailings. The Sustainable Minerals Institute at the University of Queensland is exploring the possibility of using plants to extract cobalt and zinc from mine waste. The plants accumulate the metals in their tissues and are burned to obtain ‘bio-ore’ that may be more than 25% metal.