The night sky is a fascinating place, full of an amazing variety of celestial bodies. At night you can see the planets within our solar system, explore galaxies beyond our Milky Way, view the lifecycle of a star, and investigate many other features of the Universe. As you become familiar with the night sky you will identify regular patterns formed by the stars. These are called constellations.

Astronomy is the study of everything in the universe beyond the Earth’s atmosphere. People have used their knowledge of the night sky for centuries, in navigation, timekeeping, creation stories and much more. 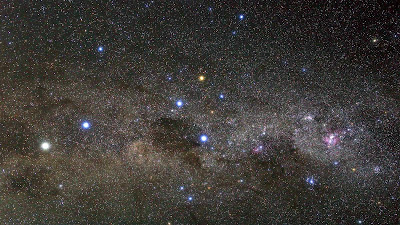 In Australia, Aboriginal and Torres Strait Islander people are recognised as the first astronomers. Among other things, they use their knowledge of the night sky for food gathering and navigation purposes. However, instead of focusing on the position of the stars to form the constellations, Aboriginal astronomy focuses on the whole of the sky, including the dark patches between the stars. They see the connections between the sky and the land, viewing them as one entity.

A story that is shared in many Aboriginal communities across Australia relating to a sky pattern is the Emu in the Sky. Stretching across much of the sky, the shape of the Emu is formed from the dark patches in the Milky Way as shown in our video Emu in the Sky. 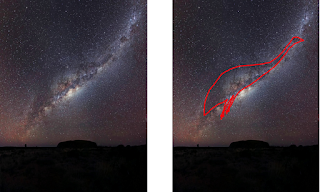 The Emu in the Sky. Photo courtesy of Dr John Goldsmith/celestialvisions.com.au

As with all constellations, the alignment and visibility of the Emu changes throughout the year. Aboriginal people know from the position of the emu in the sky when it is time to harvest the emu eggs for food. They relate the position of the emu in the sky to the breeding behaviour of the emu on the land. For example, in some parts of Australia when the body of the emu is directly overhead after sunset, it is time to collect the emu eggs (Aboriginal astronomy can teach us about the link between sky and land). 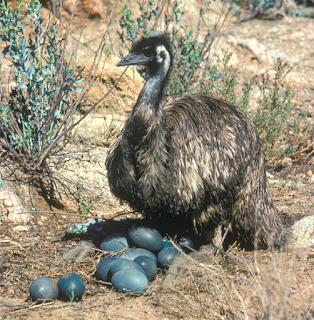 An emu with its eggs.

Find out more about Aboriginal astronomy

The astrophotography featured in the AusEarthEd video and in this blog were provided by Dr John Goldsmith courtesy of Celestial Visions.

Banks, K. (2018). Aboriginal astronomy can teach us about the link between sky and land. Available online at https://www.theguardian.com/commentisfree/2018/may/21/aboriginal-astronomy-can-teach-us-about-the-link-between-sky-and-land