Plate tectonics is a relatively new and very important scientific theory. Huge slabs of Earth’s lithosphere interact, resulting in large earthquakes and volcanic eruptions. Do other bodies in our solar system have similar tectonics, or is Earth unique?

When did tectonic plate movement on Earth start?

During planet formation, Earth was a molten mass that gradually cooled at the surface. Evidence from titanium isotopes in ancient rocks suggests that subduction began 3.75 billion years ago – approximately 0.8 billion years after formation of the planet. Some geologists argue that modern plate tectonic systems did not start until 2 billion years later. You can learn about the Earth before plate tectonics with PBS Eons. 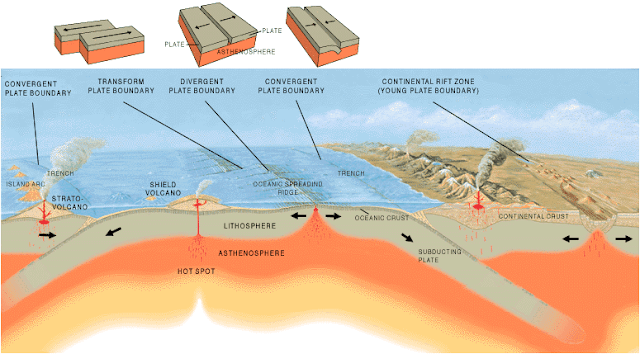 Tectonics on the rocky inner planets

Mercury is only a bit larger than Earth’s moon. As a result, it has cooled and been inactive for about 3.7 billion years. Ridges on the surface suggest that Mercury may have contracted slightly as it cooled, creating compression ridges.

Venus is similar in size to Earth and is believed to have a hot interior. Recent analyses suggest that slabs of Venus’ surface move and jostle each other like pack ice. This may be similar to movements on Earth before subduction began.

Mars is smaller than Earth and cooled more quickly. Although believed inactive for 3 billion years, Mars contains the largest volcano in the solar system and the Valles Marineris, a large rift. 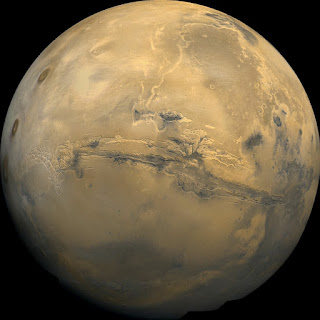 Valles Marineris is a gigantic rift stretching more than 3000 km across Mars, with a depth up to 8 km. (NASA/USGS 1980, public domain)

Tectonics in the outer solar system 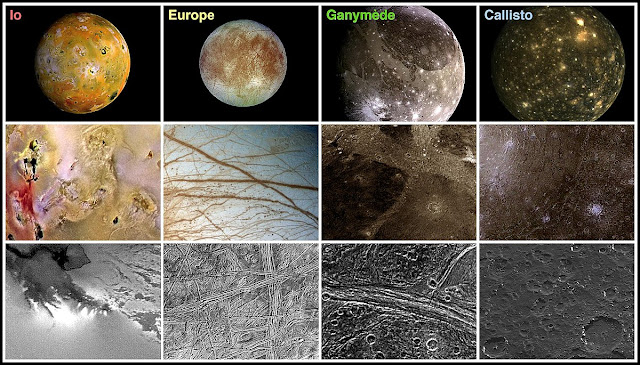 Io features many active volcanoes formed due to tidal forces that generate heat below the surface. The varying tidal forces in Io’s elliptical orbit around Jupiter cause the solid surface to bulge up and down by as much as 100 metres. Io’s volcanoes are not along any obvious fault lines like Earth’s tectonic boundaries, so are thought to be more like Earth’s hot spot volcanism.

Europa and Ganymede are believed to have enormous salty oceans beneath an icy crust. In addition to being possible locations for extraterrestrial life, these moons may also experience Earth-like tectonics. Both moons have fractured surfaces, with Europa experiencing stronger tidal forces and thus more likely to have subduction of surface ice sheets. Europa’s subduction is shallower than that on Earth. 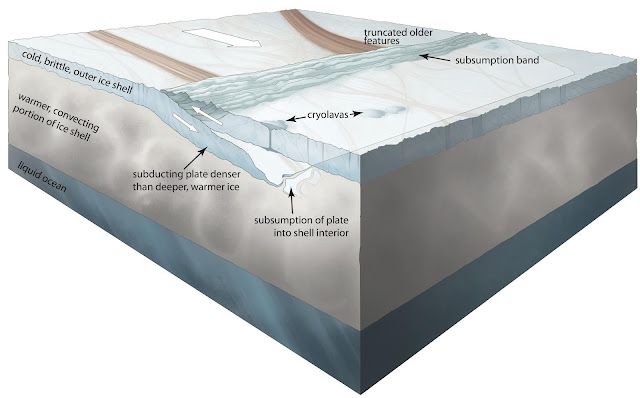 Scientists have found evidence of plate tectonics on Jupiter's moon Europa. Cold, brittle, outer portions of Europa's 20-30-kilometere-thick ice shell moved into the warmer shell interior. A low-relief band was created at the surface in the overriding plate, alongside which cryolavas may have erupted. (NASA/Noah Kroese, I.NK 2014, public domain)

Looking at our neighbours in the solar system shows us many ways that planetary surfaces can move and change. We may also get clues to surface dynamics in Earth’s past (like Venus) and a look at the future when tectonics grinds to a halt (like Mars).