The Lifecycle of Geology in a Civil Engineering Project - Part 4

Do Civil Engineers need to know any geology? Find out in our latest blog series which walks you through the lifecycle of a project and just why geology is key:

Geology for Initial Planning and Scoping

Impacts of Geology on Construction

“A geohazard is a geological state that may lead to widespread damage or risk. Geohazards are geological and environmental conditions and involve long-term or short-term geological processes. Geohazards can be relatively small features, but they can also attain huge dimensions (e.g., submarine or surface landslide) and affect local and regional socio-economy to a large extent (e.g., tsunamis)” (Wikipedia, 2021).

As the name suggests (GEOhazard), the geological conditions are the most important factors to look at when assessing geohazards. Geohazards exist for every civil development completed across the world. Some of the most obvious ones include:

These are large scale natural hazards that are generally considered at a regional scale. They are also typically more obvious and well known.

Of course, the Meckering earthquake kind of disproves this theory!

“For the people of Meckering in the Wheatbelt region of Western Australia, the public holiday on 14 October 1968 probably started like any other. But at 10.59 am, a devastating earthquake measuring 6.9 on the Richter scale took only 40 seconds to smash buildings to the ground and reduce the main street to rubble” (Johnston, JF and White SR, 2018). 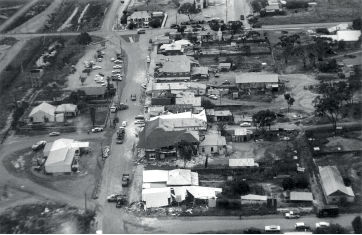 Meckering township immediately after the earthquake on 14 October. Buildings in the foreground and town centre have collapsed and the main street is littered with fallen masonry (Source: GSWA).

This geohazard was NOT well known before the earthquake. Australia’s first Earthquake Code AS 2121, was published in 1979 as a direct result of the Meckering earthquake. This meant that updated building codes were gradually rolled out in other states in subsequent decades, due to growing awareness of seismic hazards nationally.

This just goes to prove that there may be some geohazards that exist that do not get identified!

This concept was also covered in my previous blog (The Lifecycle of Geology in a Civil Engineering Project (Part 1) – Geology for InitialPlanning and Scoping) about the Leaning Tower of Pisa. 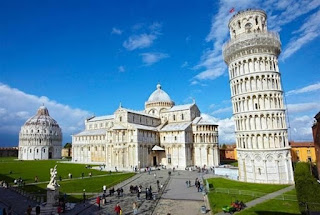 The full geological conditions and associated geohazards were not fully understood until 2001, when serios stabilisation was undertaken. This was 828 years after construction began!

Apart from the large scale natural geohazards, there are the smaller, more localised geohazards that are relevant to a specific development or site.

The presence of any of these geohazards could have a significant impact on the proposed development. The sections below provide some further information on some of the geohazards listed above.

A karst feature is a topographic (ground) surface formed by the dissolution of soluble rocks, such limestone or dolomite.

In the City of Wanneroo, karst features are everywhere! Anyone been to Crystal Cave in Yanchep? 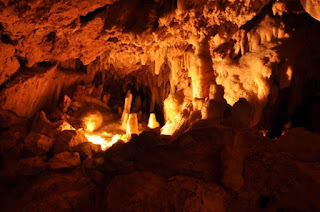 Although the Crystal Caves are large and obvious, there are hundreds of others across the city. 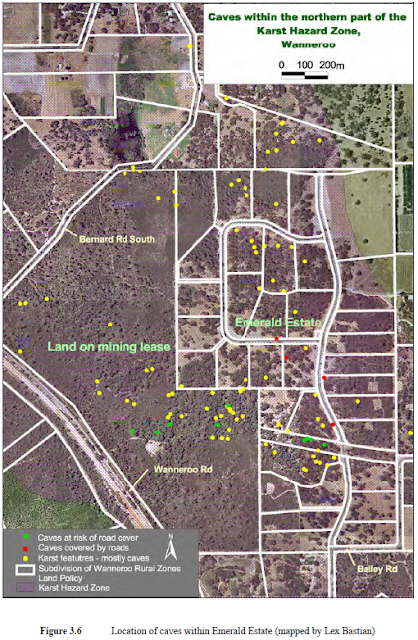 Figure from Review of Karst Hazards in the Wanneroo Area, Perth, Western Australia

The underlying geological formation (Tamala Limestone) is a porous rock prone to solution by weakly acidic water such as groundwater and rainfall. These waters circulate through cracks and pores within the limestone aiding the carbonic acids in these waters to remove the calcium carbonate from the limestone, by solution. This process is known as karst weathering.

Sometimes, these features can occur outside of known areas of karst, which makes it difficult to identify the hazard! 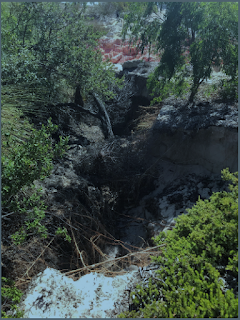 Image of a sinkhole collapse following heavy rainfall. No evidence of karst risk was apparent in the surrounding areas (Source: Alex Petty)

Reactive clays are those that shrink and swell when they dry or get wet. Clays with a high content of expansive minerals can form deep cracks in drier seasons or years. The geological origin of these soils is very important because clays with kaolinite, montmorillonite and halloysite, have the most dramatic shrink-swell capacity.

The presence of these materials can affect the integrity of structures. 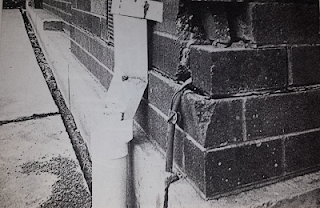 Displacement of structural bricks and damage to the plumbing system at the house in Ingle Farm that was eventually demolished (Source: Adelaide Reactive Clay Soils Geohazard)

Fortunately, the presence of these soils is relatively well known because of their link to the geological formation from which they came (i.e weathering of igneous rocks). They are relatively well mapped across the state. 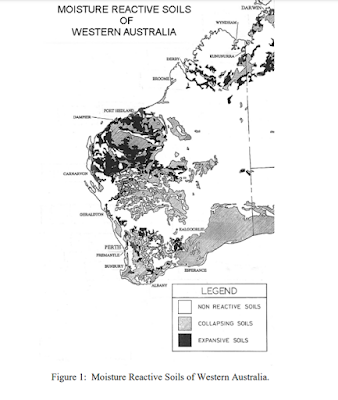 As a geologist, being able to identify the geohazards for a given development on a site is vital.

Afterall, we don’t want our building falling down because we didn’t identify a known geohazard! 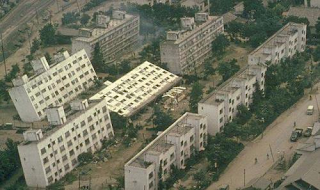