In the overview of Australian agriculture, we learned that Australian farmers produce an enormous amount of food and export about 70%. As the world warms, agriculture must change to adapt to the new climate and reduce greenhouse emissions. What does the future hold for our food production?

Agriculture is both a contributor to climate change and a victim of changing climate. Agriculture contributes 14% of Australia’s greenhouse gas emissions. The two greatest contributors are methane from cattle and sheep, and nitrous oxide from use of nitrogen-containing fertiliser. 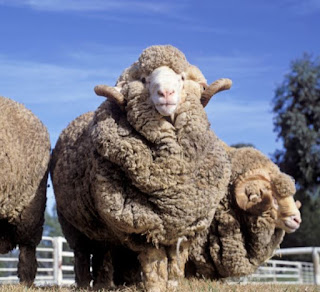 Sheep and cattle produce methane as a by product of digestion in their rumen. This is the greatest source of agricultural greenhouse emissions in Australia.

As climate warms and rainfall becomes more unpredictable, adaptation is vital. The Australian Department of Agriculture identifies risks from: shifting pest and disease outbreaks, unpredictable seasons, heat stress to animals and plants, flood and drought, and changes to growing regions. Many different strategies must be used to meet these challenges. A key strategy is building healthier soils that soak up rainfall and keep moisture for dry periods using techniques such as conservation tillage. Drought-tolerant plants are being developed and different growing regions are being proposed for the future. 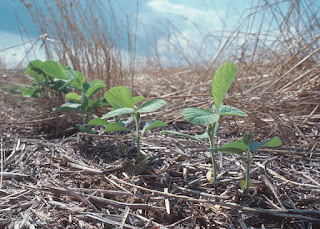 Changing food (for people and livestock)

Changing what people eat is one way of reducing greenhouse gas emissions. The EAT-Lancet Commission researched the best diets for human health and the environment. The planetary health diet is high in fruits, vegetables, grain and plant protein, but low in meat, dairy and starchy vegetables. The diet can be adjusted to foods available in different parts of the world. In Australia, substituting kangaroo for beef or lamb makes red meat less damaging to the planet, as kangaroos digest food differently and emit far less methane. 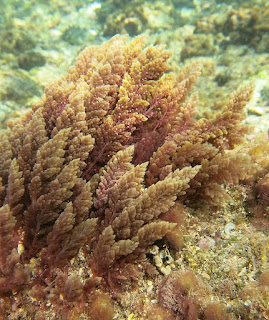 Australian agriculture relies heavily on fertilisers, as our soil is depleted in nitrogen and phosphorus. Researchers are now looking at the commercial potential of native grains that have been used by Aboriginal peoples for many thousands of years. These native plants are adapted to Australian growing conditions and do not need nitrogenous fertilisers that produce greenhouse gases.

The Gamilaraay and Ywaalaraay in north-west NSW are known as grass people. Traditional owners have collaborated with the University of Sydney for a paddock-to-plate trial of native grain crops. Native millet (Panicum) was found to be the best for commercial agriculture. Native flours are high in fibre with high amounts of micronutrients, making them healthy for people. Native millet is also a perennial grain that provides plant cover for long periods of time and sequesters carbon.

Wild rice grown in northern Australia also offers a potential crop for the top end. Research by the University of NSW and traditional owners began in 2020 and will run until 2024. Wild rices are staples of bush tucker. The research partnership is trialling methods of cultivation and milling that would produce a commercial crop. 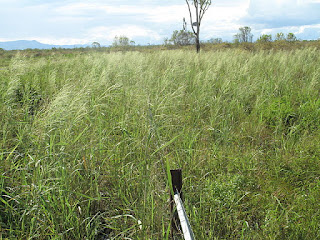 Oryza australiensis is one of the species of wild rice being trialled for commercial production. (Btcpg 2011, Creative commons 3.0)

As Australia adapts to a warming climate the experience of Australia’s original resource managers will combine with modern technology to meet new challenges and produce food for the world.