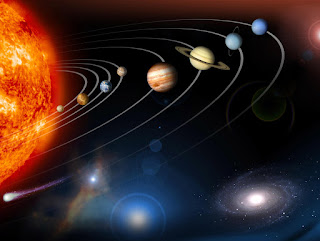 The effect of gravity

Gravity is the major force that keeps the planets in these positions, influenced by the gravitational pull generated by the Sun. The mass of an object is directly related to its gravitational pull, and therefore the dense rocky planets were pulled closer to the Sun than the gas giants.

The AusEarthEd video Rocky and Gas Planets demonstrates the effects of gravity on the movement of materials of different mass, comparing stones, sand and water. You can test other materials, using your observations to explain the positioning of the planets. 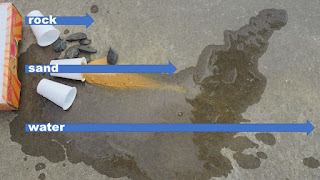 Which material had the greatest gravitational pull, i.e., the largest mass? The stones did not move far from the cup as their mass was too great, and they were held back by the gravitational pull of the Earth. The stones represent the dense rocky planets in our solar system, held in position close to the Sun. As the mass of the material decreased, it moved further from the overturned cup, just like the gas giants in our solar system.

Where can I find out more?